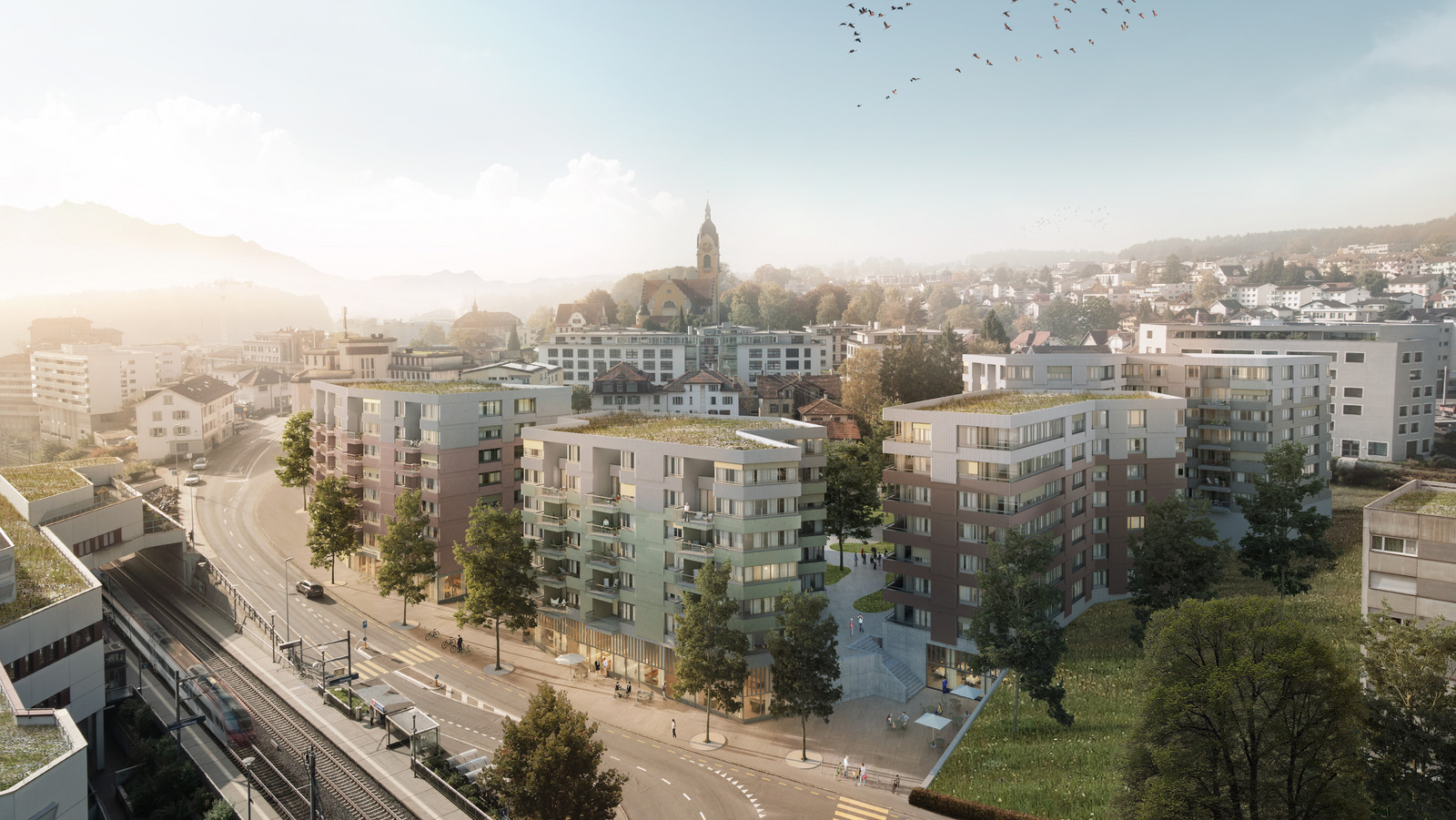 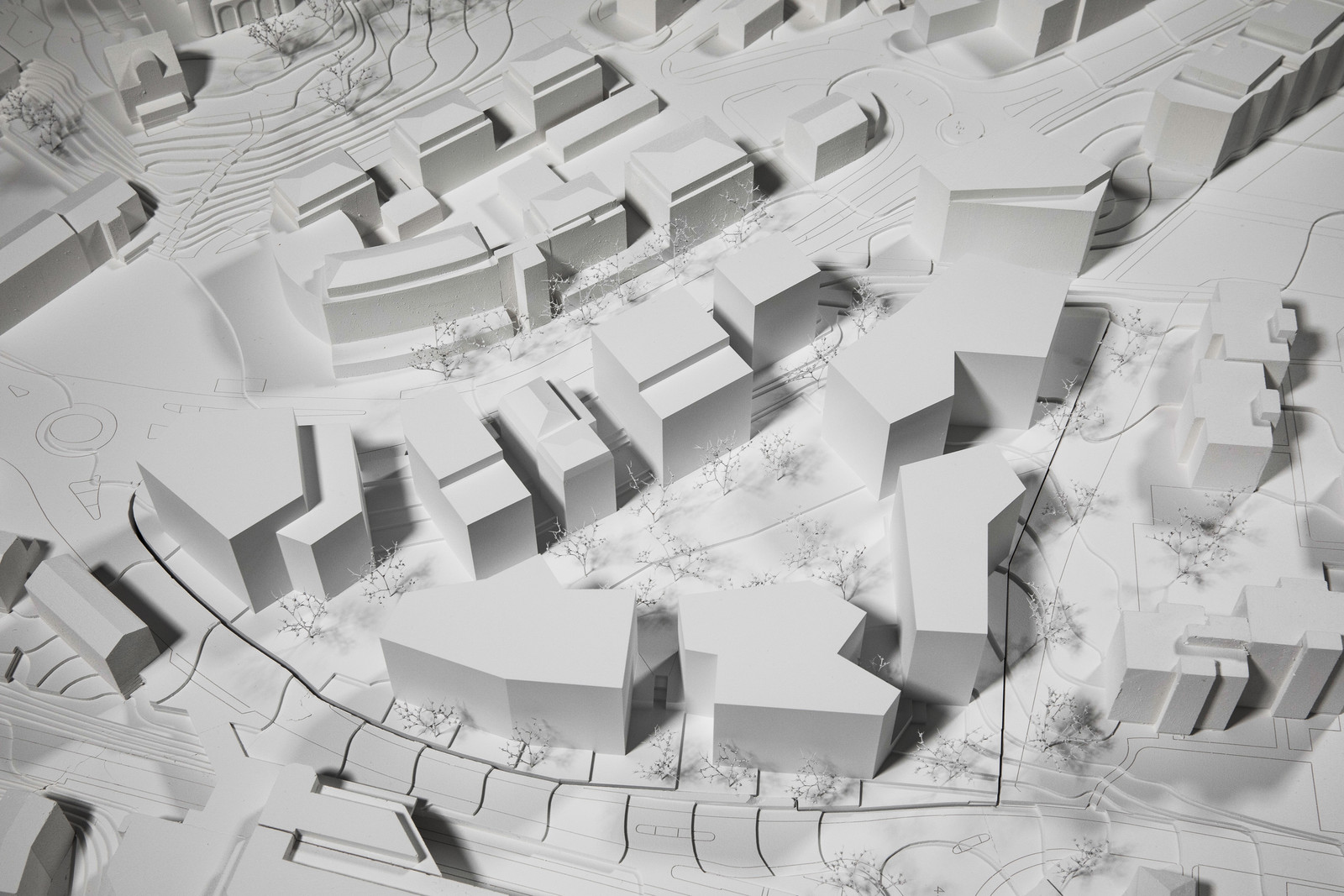 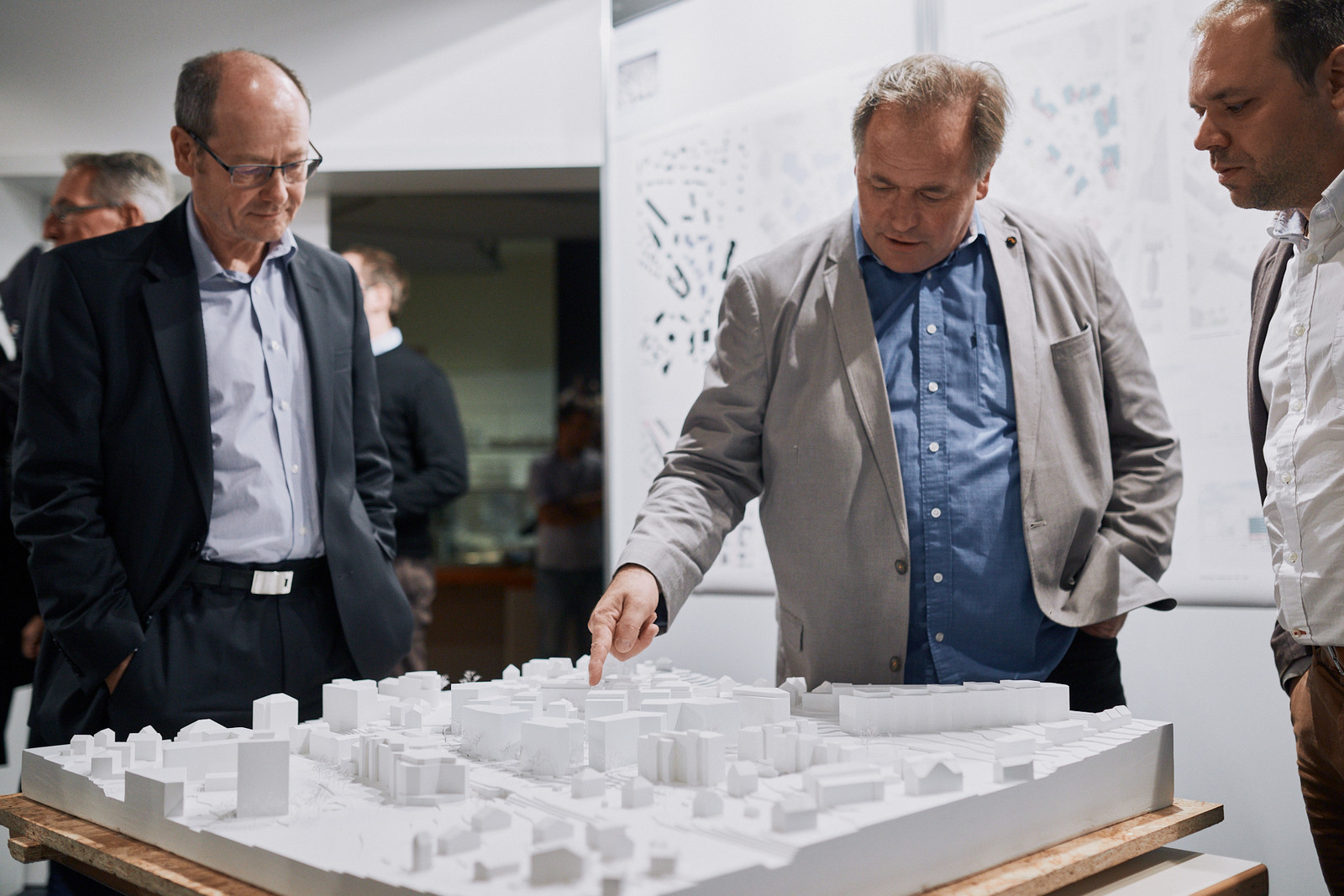 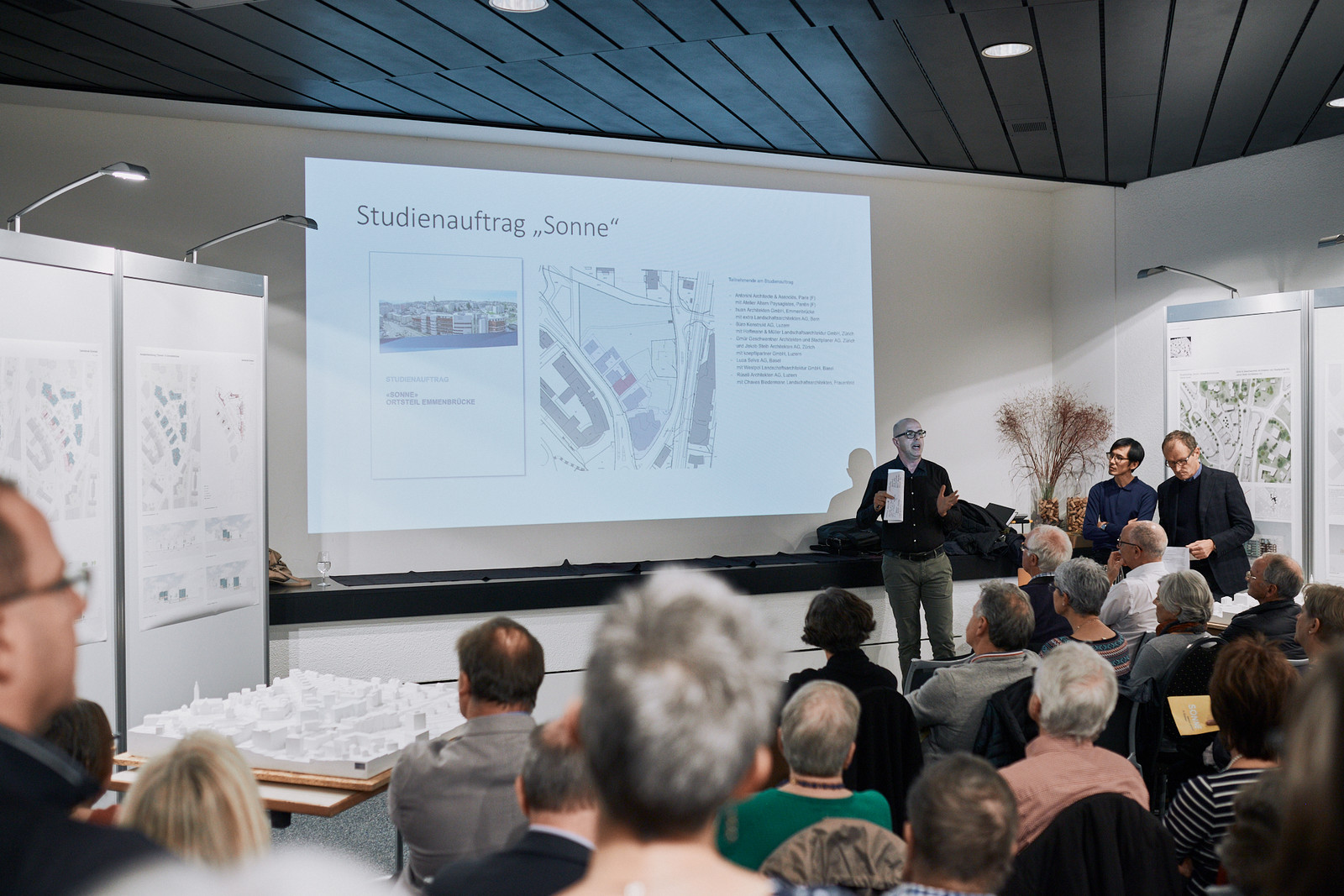 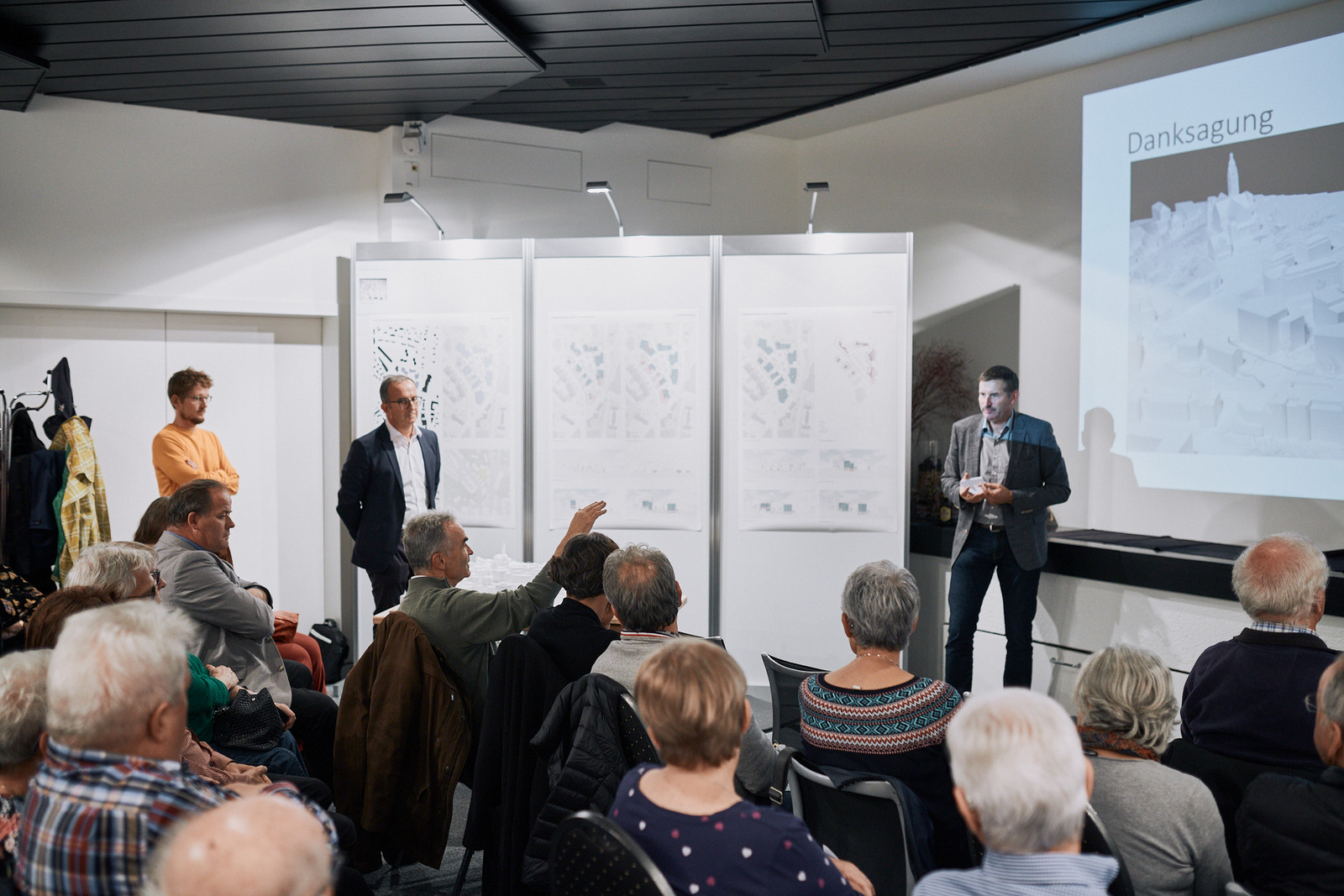 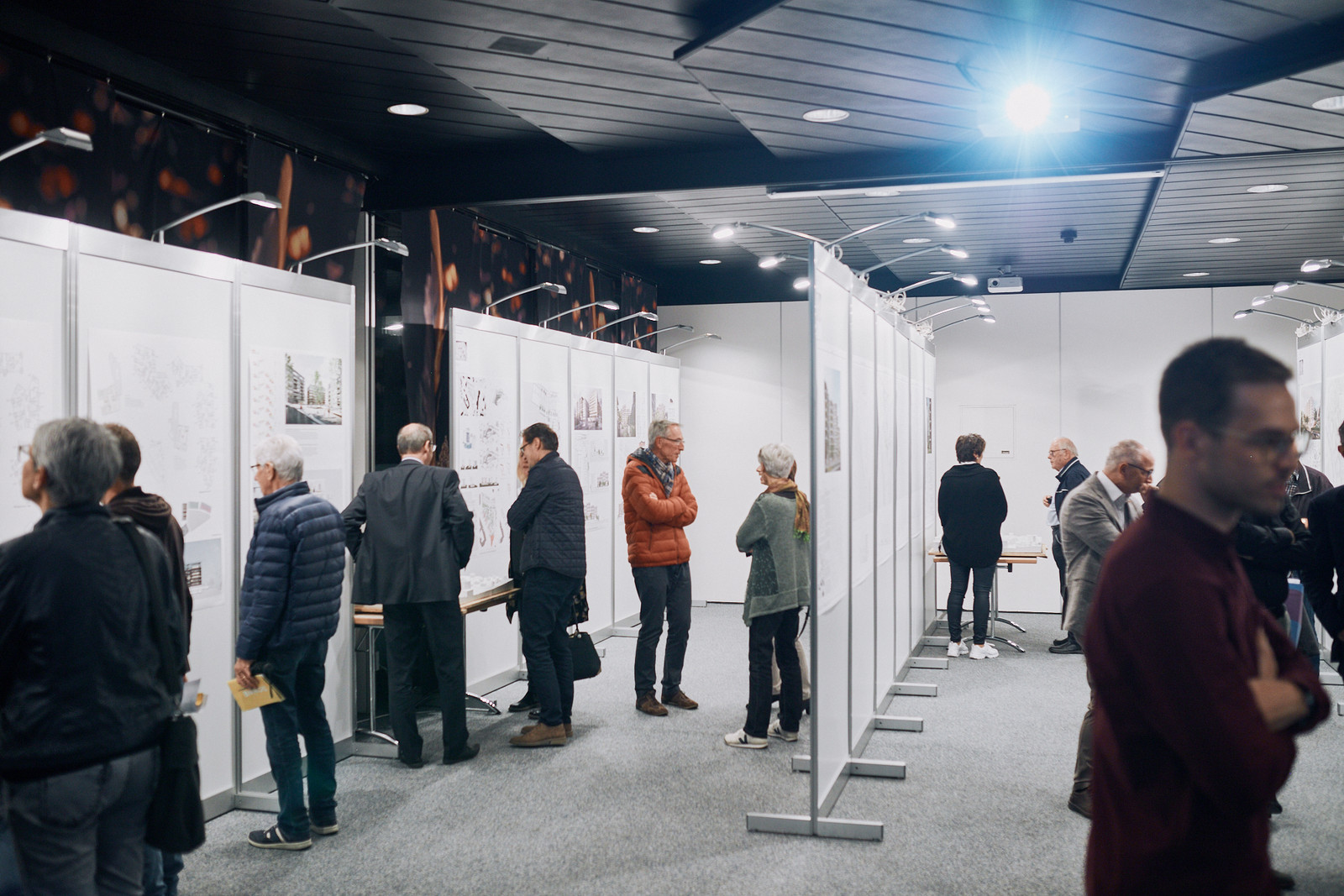 Steiner AG has been mandated by the Steiner Investment Foundation to develop the Sonne site in the centre of the Emmenbrücke village with a new estate comprising some 180 apartments plus commercial units. The development is part of a sensitively drafted masterplanning “guide” project, based on the outcome of an architectural competition with six national and international teams.

On 5 November, Emmen's municipal authorities unveiled the new guide project for the Sonne development in the centre of Emmenbrücke. It is based on the winning scheme entered in a design competition by the team Steib Gmür Geschwentner Kyburz Partner AG and koepflipartner Landschaftsarchitekten BSLA. The expert jury was particularly impressed by the quality of the outdoor spaces, the good visual links within the quarter and the careful integration of the existing structures on Gerliswilstrasse, including the historic Adler inn.

The Sonne project occupies the site between Gerliswilstrasse and Gersagstrasse, close to the Sonnenplatz square and Emmenbrücke Gersag S-Bahn rail station. The scheme features four polygonal volumes housing some 180 apartments and, together with the existing buildings, forms a harmonious ensemble complete with planted inner courtyard. The up to seven-storey-tall buildings fronting Gersagstrasse accentuate the urban streetscape while nonetheless offering links to the new estate thanks to their permeable arrangement. The publicly accessible ground-floor, commercial outlets and tree-lined pathways will serve to enliven and boost the appeal of Emmen's urban centre. Moreover, given the planned improvements to the S-Bahn station and the new bus hub, the estate is set to benefit from excellent public transport links.

A project for the people of Emmen

The project accords with the initial findings from the ongoing local planning amendment process undertaken by the municipality of Emmen. A representative survey suggests that the local population attaches particular importance to the district around the Sonnenplatz square for the municipality's future development. Even today, the square is perceived as an important meeting point, whose amenity should be enhanced still further. The Sonne project will thus make a major contribution to the urban quality and economic development of Emmen's town centre.

A development plan is currently being drafted for consideration in the subsequent approval procedure. A rough timetable envisages the start of construction works in mid-2022. The overall project is scheduled for completion in 2024.

Pictures
On 5 November, Emmen's municipal authorities unveiled the new guide project for the Sonne development in the centre of Emmenbrücke. 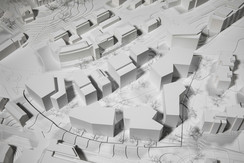 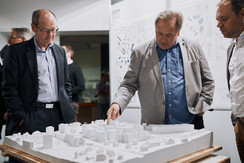 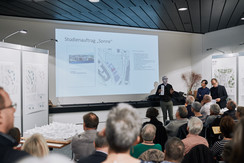 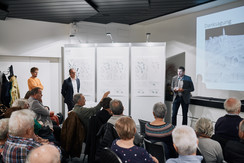 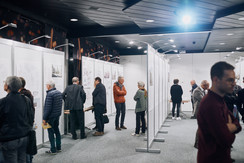