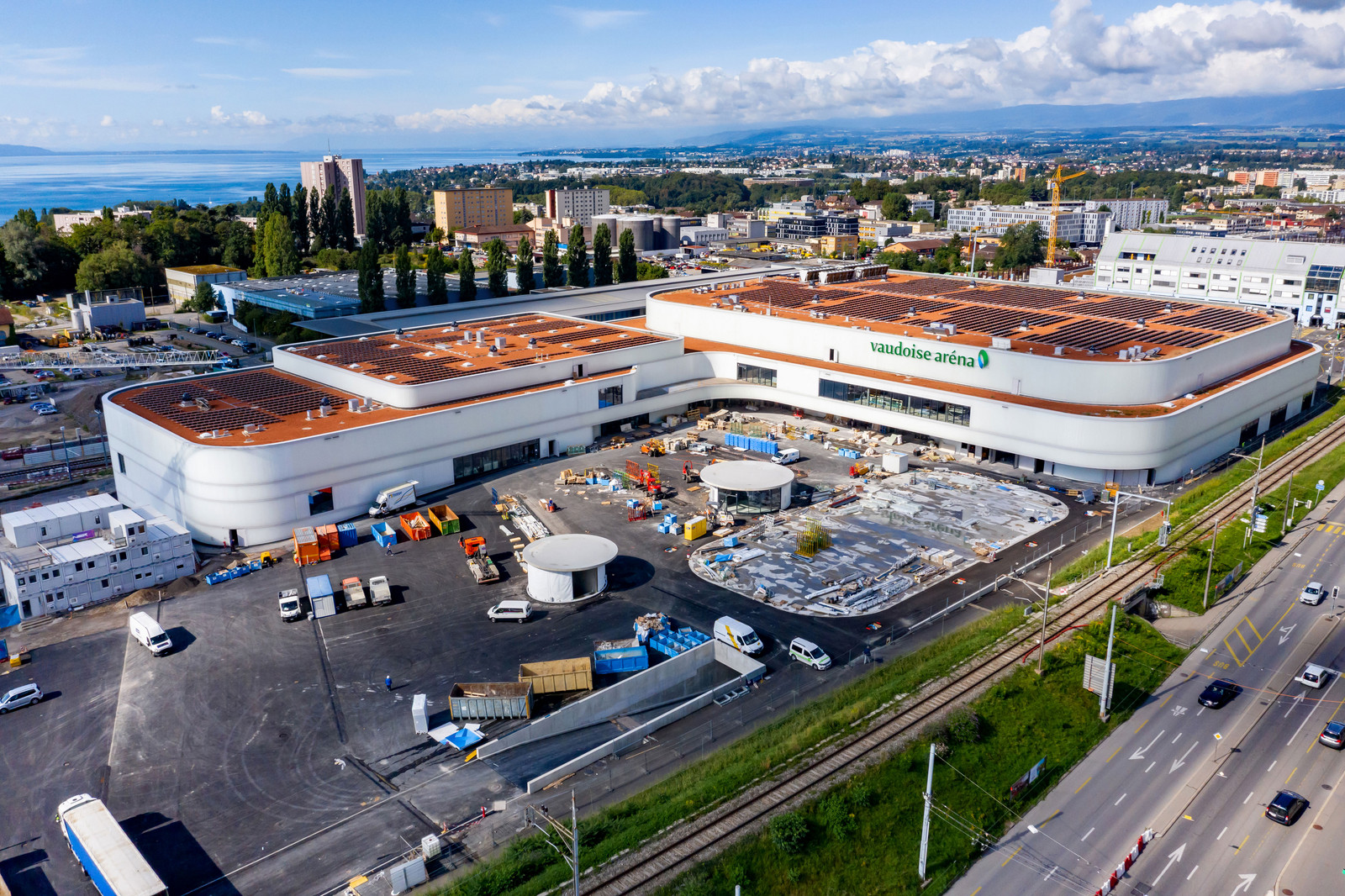 Hosting 50 major events per year and around 1,000 visitors a day for sports and leisure activities, as well as national and international competitions such as the Youth Olympic Games (YOG) and the World Ice Hockey Championships in 2020, the Vaudoise Arena is aiming to become one of Switzerland’s best-known venues for sports and events.

The Vaudoise Arena – a unique project

The adventure began in early 2014, when the three municipalities of Lausanne, Prilly and Renens – aware that the facilities at Malley were showing their age, and also with an eye to hosting the Youth Olympic Games – decided to present their residents with a new, modern sports centre. This project would eventually provide the local population with new ice rinks and an aquatic centre, including an Olympic swimming pool.

In size and complexity, the Vaudoise Arena is a unique kind of centre for sports and events. Although constructed on a limited surface area, it has a total of three ice rinks, three swimming pools, a diving pool, a fencing centre, a table tennis centre, a restaurant, conference rooms and a car park. The Arena has been built thanks to the determination and commitment of the communes of Lausanne, Prilly and Renens, 26 communes in the Lausanne region, the Canton of Vaud and Vaudoise Assurances. After just three years’ work on this massive project, the Vaudoise Arena is ready to welcome the public.

The Vaudoise insurance group has long been a staunch sponsor and supporter of major national sports meetings and cultural events. This naming partnership presents a wonderful opportunity for the company to underline its commitment and boost its visibility nationally, thanks to the numerous events set to take place at the Vaudoise Arena.

“The Vaudoise is both proud and happy to open the ice rink at the Vaudoise Arena, an ambitious multisports and entertainment complex located in a booming district which could act as a focal point for the whole region. By supporting the Vaudoise Arena project, we are making a long-term commitment alongside public and private partners with whom we have forged solid, enduring links,” says Philippe Hebeisen, CEO of the Vaudoise.

The facilities of the Vaudoise Arena will open in stages between now and 2021. The main ice rink will be officially opened on 24 September 2019 with the match between LHC and GSHC. Meanwhile, the outdoor and training rinks will come into operation on 7 December 2019.

The fencing and table tennis centres are expected to open in June 2020. The aquatic centre, which includes an Olympic pool, a diving pool, a 25-metre pool and a leisure pool, will open to the public in January 2021. The event spaces and the conference and seminar rooms, including the Olympic Capital Space, which has a surface area of over 1,000 m2, will open this October, as will the restaurant.

Each part of the complex has been designed and built to provide cutting-edge facilities. The main arena, for example, is a multifunctional ice rink that can be converted to a performance hall in the space of 24 hours. The Olympic swimming pool can be divided into two 25-metre pools by means of a movable partition wall. The bottom of the 25-metre pool can also be raised and lowered to cater for activities such as aquagym and aquabike. The diving pool is equipped with a bubble system that ruffles the surface. This not only cushions the dives but also enables divers to see the surface of the water from the diving board.

Furthermore, the Vaudoise Arena also intends to act as a laboratory where different technologies can be tested, in close collaboration with EPFL.

The facilities at the new sports and entertainment complex have been designed to reduce its environmental impact and energy consumption. The roof is fitted with more than 2,000 solar panels, which should provide a quarter of the Vaudoise Arena’s energy requirements. The use of the floor area has also been rationalised: the space occupied by the former ice rink now offers over 61,000 m2 – the equivalent of nine football pitches. In addition, the new facilities are significantly more energy-efficient.

Further information on this construction project can also be found on the website of Steiner AG: click here.

Information for the media

Photo
The ice rink Malley is characterized by sustainability: the residual heat from the ice production is used in other parts of the sport complex.