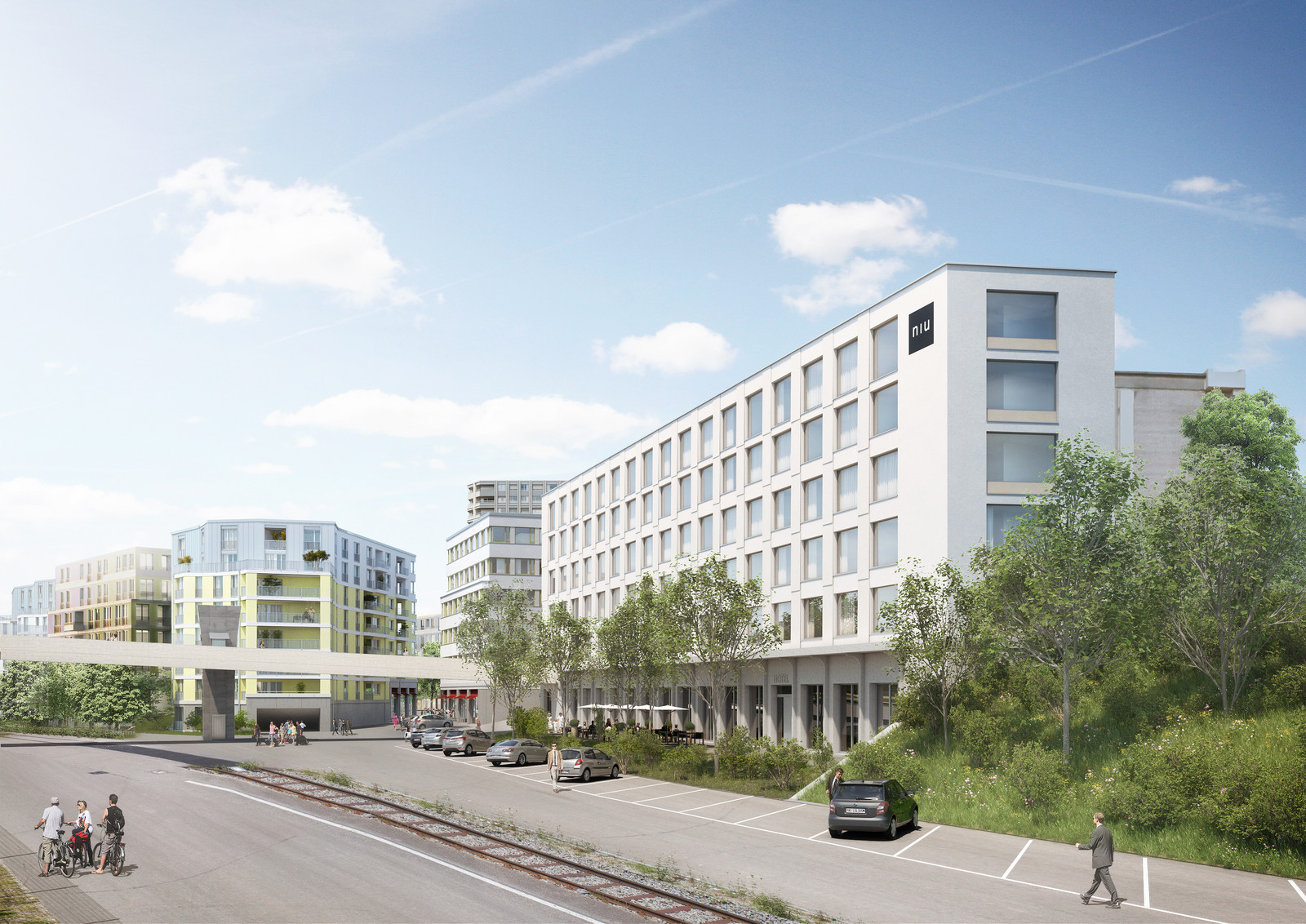 A hotel will mark the "gateway" to the planned Glasi urban development in Bülach. The property developer and total contractor Steiner AG and the Novum Hospitality hotel group have agreed to build and run a hotel in the new district of Bülach, which will also include about 560 apartments, industrial premises and shops.

Hotel guests will in future also be among the Glasi Quarter’s users. The property developer and total (design-and-build) contractor Steiner AG has gained the German hotel group Novum Hospitality as its partner for the planned district in Bülach. Steiner today concluded a tenancy agreement with Novum Group Holding GmbH in Essen.

A "niu" hotel for Bülach
Novum is planning a hotel of the "niu" brand which, with its concept, unconventional design and affordable prices, is aimed at a younger target group. The hotel's "living lobby", open-plan bar and co-working spaces with ultrafast broadband, USB ports and integral power supply provide modern people with everything they need in order to stay in touch even when they’re on the move.

The three-star hotel will offer 131 rooms. Guests will be able to relax in rooms that feature clear, straight lines and modern interiors. All rooms will be equipped with the latest technology. Plans for the ground floor include a restaurant with outdoor seating, which will add to the Glasi Quarter’s gastronomic appeal.

The "niu" contemporary hotel concept stands for “native, inspiring and unique”. The first niu hotel was opened in Essen, Germany at the beginning of February 2018. Over 40 further niu hotels are currently under development or being constructed across the whole of Europe. Each niu hotel tells a unique story and takes its guests on a journey to the most striking features and surprising peculiarities of the location in question.

For further details of the Glasi urban development in Bülach, please visit glasi-bülach.ch

Steiner AG
Steiner AG, one of the leading project developers and general/total contractors (GC/TC) in Switzerland, offers comprehensive services in the fields of new construction, refurbishment and real estate development. The company, which was established in 1915, has constructed more than 1,500 residential projects, 540 commercial properties, 45 hotels and 200 infrastructure facilities such as universities, schools, hospitals, retirement homes and prisons. Steiner AG has its headquarters in Zurich and is represented by branches in Basel, Berne, Geneva, Tolochenaz and Lucerne.
Further information: www.steiner.ch

Novum Hospitality
Novum Hospitality laid its foundation stone in 1988 when it established its first hotel in Hamburg. With 160 hotels and over 20,000 hotel rooms at 65 locations in Europe, the family-managed company is now one of Germany’s largest hotel groups. Novum Hospitality added the niu brand to its portfolio at the beginning of 2017 alongside its two existing brands, Novum and Select.
Further information: www.novum-hospitality.com and www.niu.de 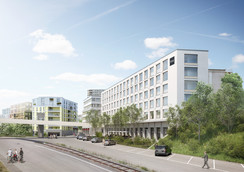