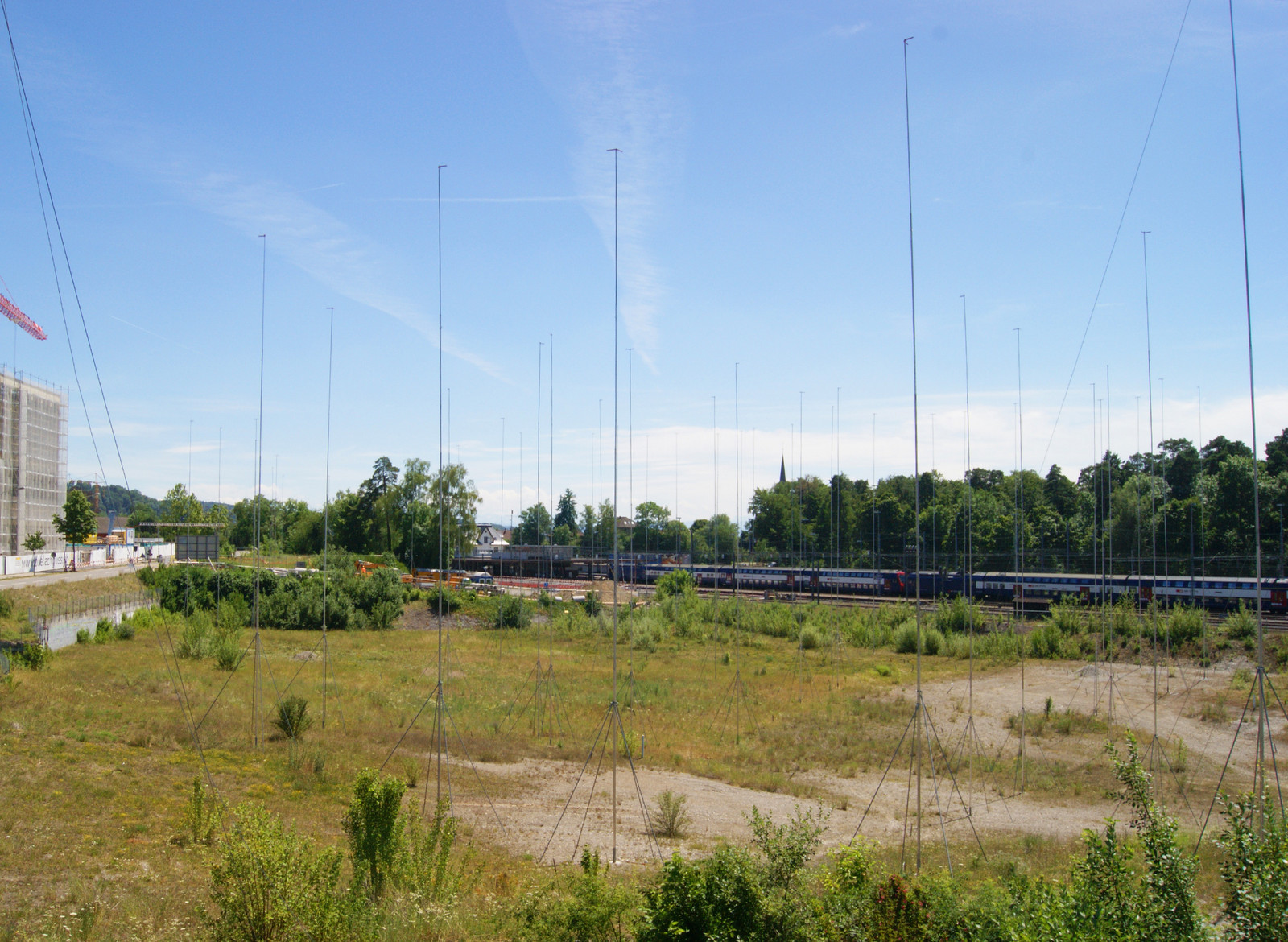 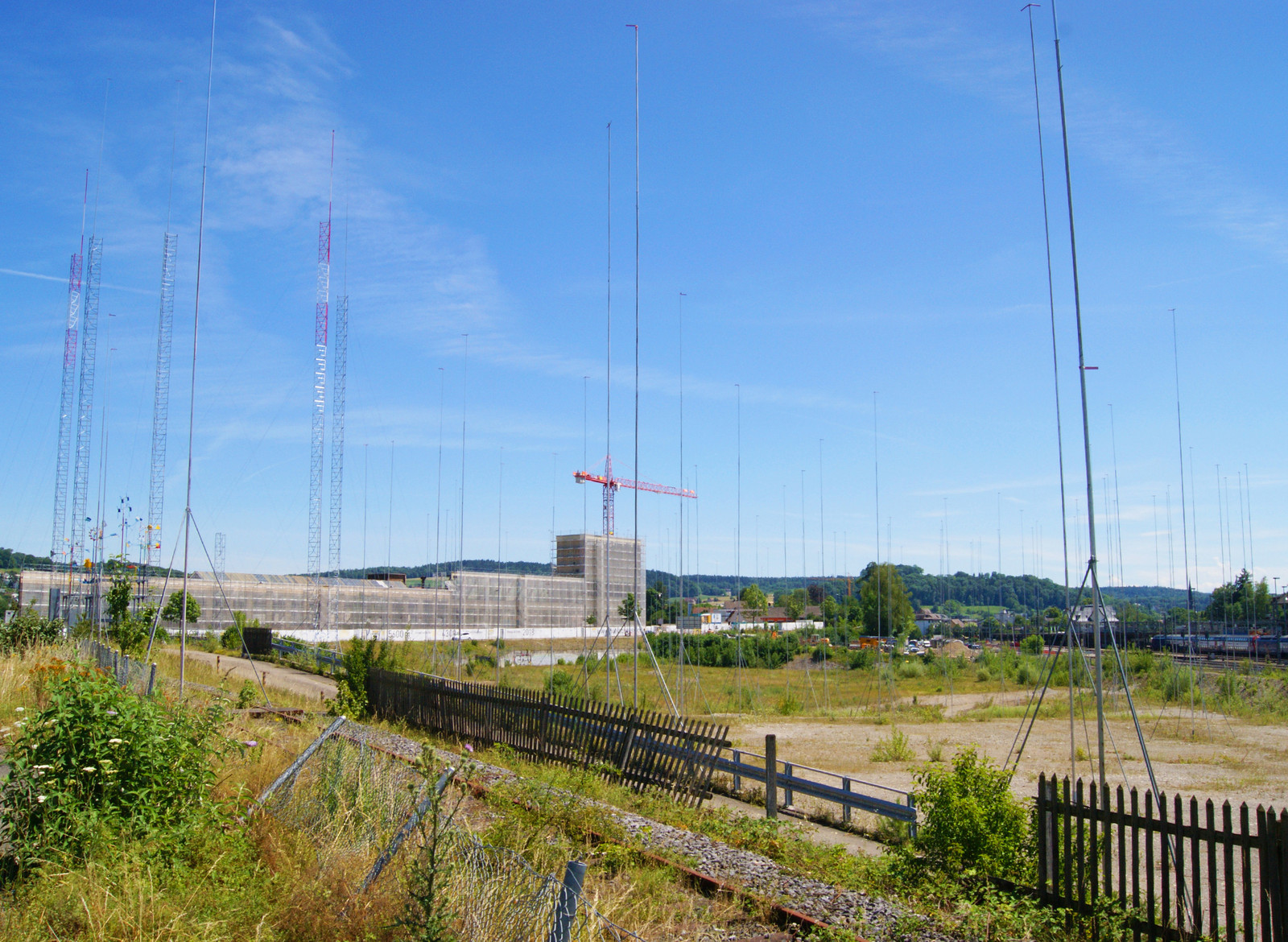 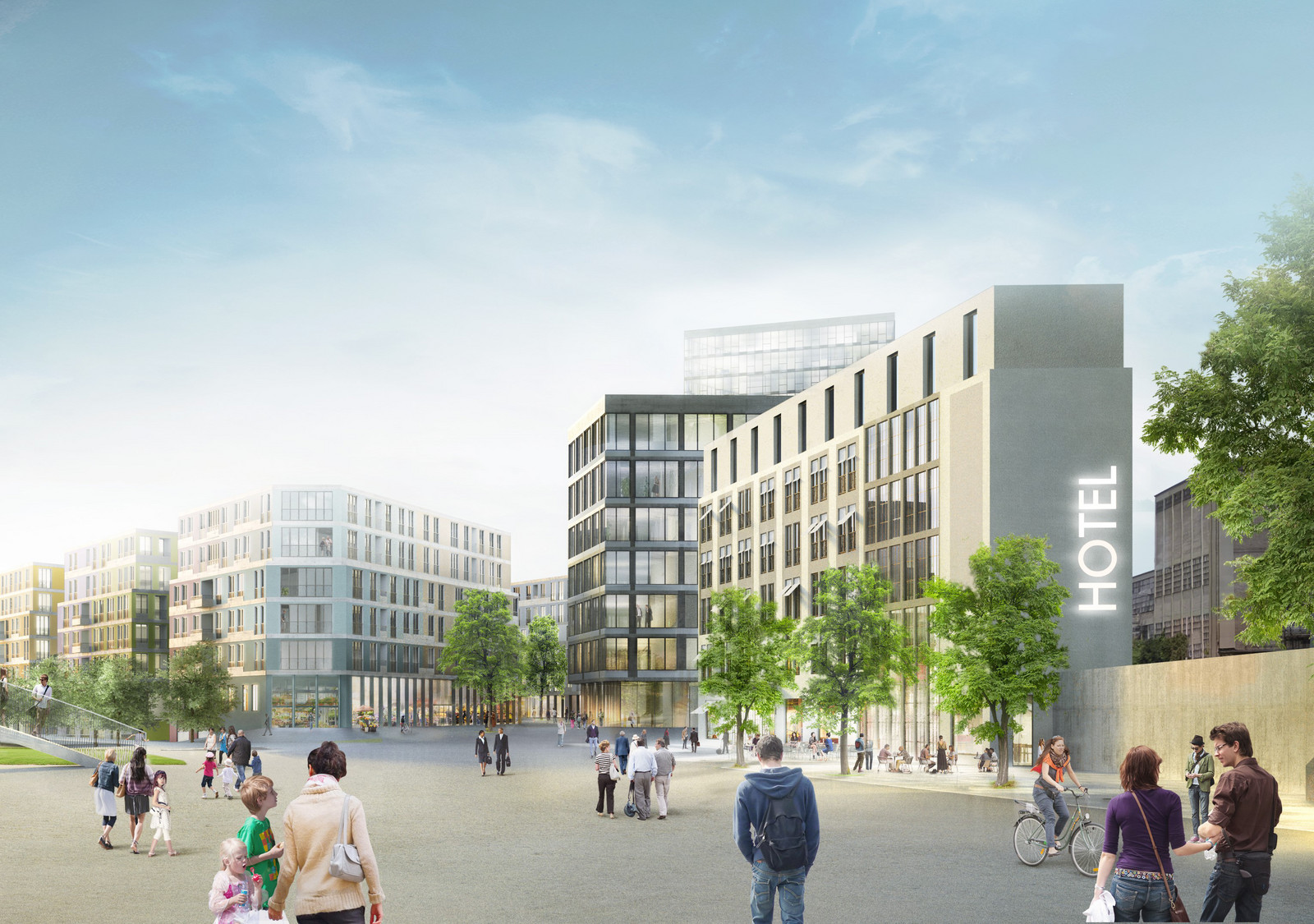 Tomorrow the development partners Steiner AG, Baugenossenschaft (building cooperative) Glattal Zürich and Logis Suisse AG are submitting the planning permit application for the overall “Glasi-Quartier“ project. This marks a major milestone for a flagship project that helps to set the trend towards a denser style of urban design while also ensuring a high quality of life.

The major Glasi-Quartier project is impressive in every respect. Around 37 tonnes of metal poles were recently needed to stake out the profiles of the 21 buildings – ranging from 21 to 25 metres in height – and the 60-metre high-rise. These profiles define the approximately 315,000 m3 of above-ground construction volume that will take shape here by 2023. In addition to some 550 apartments, the overall project comprises 20,000 m2 of space for commercial uses and service outlets that will help create a vibrant new district. Planning permission is expected to be granted in January 2018.

A project with future promise
The new urban district in Bülach North will have an exceptionally high density by Swiss standards and, as such, will present a mixture of challenges and opportunities. The creation of a compact, well-designed residential development with a homely feel and high urban quality of life depends on a combination of factors: outstanding architecture, efficient transport systems, ample public open spaces, high standards of living comfort, secluded areas to retreat to, and space for encounters and communal activities. In the future Glasi-Quartier, residents’ needs will always be the main focus. Thanks to the broad mix of residential, commercial and service space, the new urban district will be highly attractive for its future residents, offering infrastructure for their daily needs. By offering diverse types of accommodation, the project – which includes some 450 affordable rental apartments plus 104 owner-occupied units – seeks to address large sections of the population, create a broad social mix and make the new urban quarter in Bülach North one of the most sought-after living and working locations in the Zurich Unterland region.

Densified urban design but with ample space to breathe
One of the project’s key objectives from the very outset was to reconcile the wide-ranging functional requirements with top-quality urban design and compelling architecture. The result will be a vibrant urban district that offers both a uniquely liveable density of construction and yet a high quality of life. A key feature of the Glasi-Quartier is the provision of “encounter” spaces between the buildings. The buildings will be sited in such a way as to create four large triangular open spaces which, along with a number of alleyways and paths, will permit the district's inhabitants to meet and interact. The complex of 21 structures will also provide scope for individual architectural expression, as each building will have its own character. The natural distribution of residential and commercial spaces will ensure an attractive mix of uses, thus also making for a lively district.

From industrial site to urban district of the future
For 111 years, the approx. 42,000 m2 site of Vetropack (originally Glashütte Bülach) was used to manufacture glass containers for food, drinks and pharmaceuticals. The plot, to the north of Bülach town centre and close to the railway station, fell into disuse when production ceased at the end of February 2002. Logis Suisse AG and the Baugenossenschaft Glattal Zürich cooperative (BGZ) acquired the site back in 2012 and signed an exclusive project development and implementation agreement with Steiner AG. Steiner was then commissioned by Logis Suisse AG and BGZ to organise a one-stage urban design competition with international participation. Out of the eleven contributions received, the project submitted by Duplex Architekten of Zurich emerged as the winner. By the end of 2015, the resulting masterplan had already been officially approved.

Further information about the Glasi-Quartier is available on the new project website, www.glasi-bülach.ch. Information boards have also been erected for the local population by the “Windspiel” exhibit at the intersection of Schützenmatt Strasse and Schaffhauserstrasse in Bülach.

Steiner AG
Steiner AG, one of the leading project developers and general/total contractors (GC/TC) in Switzerland, offers comprehensive services in the fields of new construction, refurbishment and real estate development. The company, which was established in 1915, has constructed more than 1,500 residential construction projects, 540 commercial properties, 45 hotels and 200 infrastructure facilities such as universities, schools, hospitals, retirement homes and prisons. Steiner AG has its headquarters in Zurich and is represented by branches in Basel, Berne, Geneva, Tolochenaz, Lucerne and St. Gallen. www.steiner.ch

Baugenossenschaft Glattal Zürich (BGZ)
The BGZ building cooperative was founded in December 1942. As a tenant cooperative (i.e. a cooperative owned by the residents), BGZ endeavours, through mutual self-help and joint responsibility, to provide its members with contemporary, affordable living accommodation. The cooperative's activities are charitable and non-profit-oriented. BGZ owns and manages over 2,000 dwellings, mostly located in the city of Zurich. www.bg-glattal.ch

Photos
The major Glasi-Quartier project is impressive in every respect: Around 37 tonnes of metal poles were recently needed to stake out the profiles of the 21 buildings. 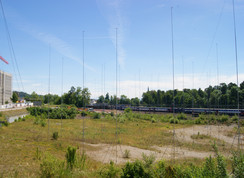 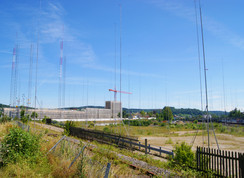 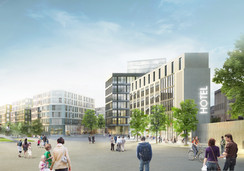