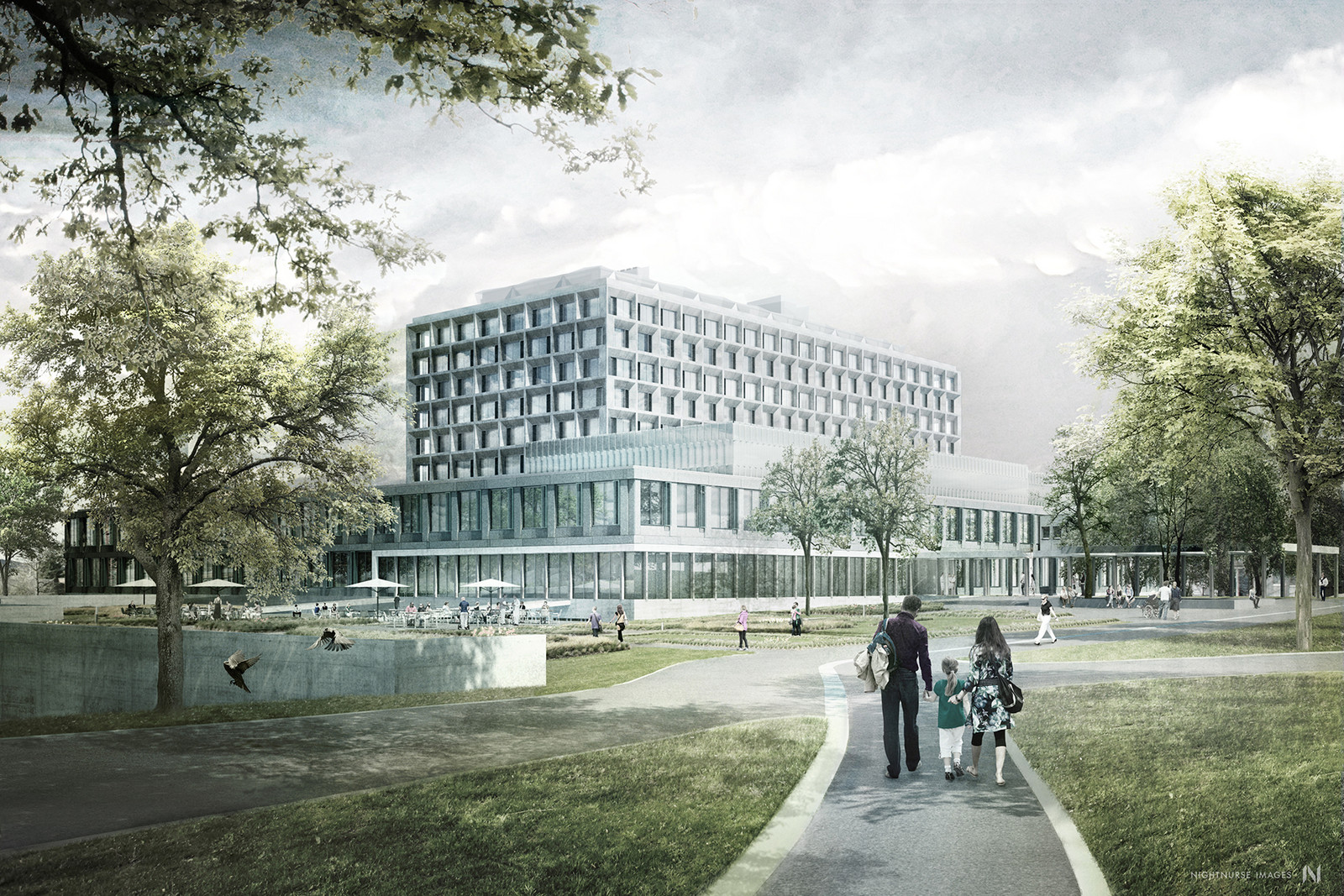 Client thurmed AG and Steiner AG, as general contractor, have signed a construction contract for a major project at Frauenfeld cantonal hospital. Known as HORIZONT, the scheme consists of a new building, extensive refurbishments and the demolition of existing hospital infrastructure. Work will start in July 2016 and is scheduled to run until September 2020.

Steiner has been contracted to build a new cantonal hospital in Frauenfeld over the next four years as part of the HORIZONT project. The associated enabling works have already been initialized and the official start on site is planned for July 2016. The overall project, comprising a new building plus various refurbishment and demolition works, is scheduled for completion by autumn 2020. The new ward block is due to open one year ahead of this, in August 2019. Worth around CHF 160 million, the project is one of the biggest building contracts ever awarded by the Canton of Thurgau.

The client, thurmed AG, is fully owned by the canton and serves as a holding company for the cantonal hospitals. Steiner AG is acting as general contractor for the overall project. The architectural concept was developed by Aarau-based Schneider & Schneider. "We are delighted to be handling this complex contract on behalf of the client," declared Steiner AG CEO Daniel Ducrey upon signing the contract. "Our long track record in hospital building, with over 60 completed projects, enables us to offer a wealth of specialist expertise." Spital Thurgau CEO Dr. sc. techn. Marc Kohler added: "The significant capacity expansion and state-of-the-art amenities will allow us to put in place an even better framework for our patients and professional staff while extending our medical services in line with needs."

A hospital for the future
The wide-ranging HORIZONT project at Frauenfeld cantonal hospital features a large new building for the operating theatres, which is surmounted by a new medium-rise ward block. The existing hospital buildings will also undergo extensive alteration and refurbishment. A special feature of the project is that the old ward block will only be demolished after completion of the new building and the refurbishment work. All new buildings will meet the Swiss Minergie P energy efficiency standard. Once completed, the fully modernized and extended amenities at Frauenfeld cantonal hospital will help to meet the increasing demand among the population and public authorities for efficient, first-class healthcare provision, both now and in future.


Steiner AG
Steiner AG is one of the leading project developers and general / total contractors (GC/TC) in Switzerland, offering comprehensive services in the fields of new construction, refurbishment and real estate development. The company, which was established in 1915, has constructed more than 1200 residential construction projects, 540 commercial properties, 45 hotels and 150 infrastructure facilities such as universities, schools, hospitals, prisons and retirement homes. Steiner AG has its headquarters in Zurich and is represented by branches in Basel, Berne, Geneva, Tolochenaz, Lucerne and St. Gallen.

thurmed AG / Frauenfeld cantonal hospital
thurmed AG is a private-law company that brings together the public hospitals of the Canton of Thurgau with their wide-ranging acute care services (Frauenfeld and Münsterlingen cantonal hospitals), psychiatric services and rehabilitation facilities (St. Katharinental hospital), as well as numerous smaller healthcare providers and regional service companies. The Group has a total headcount of around 3800. 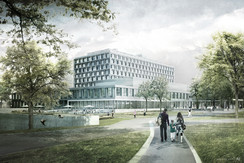