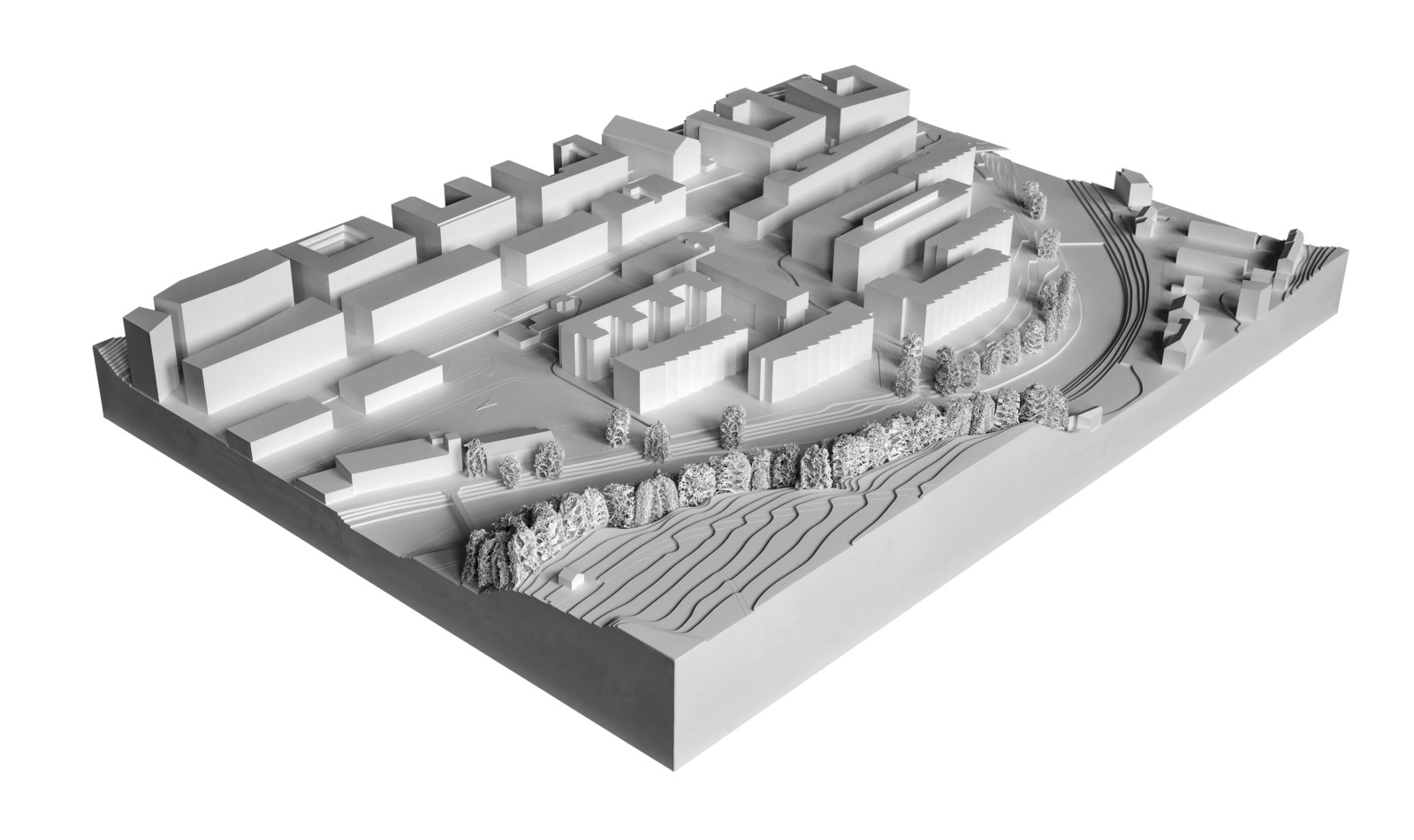 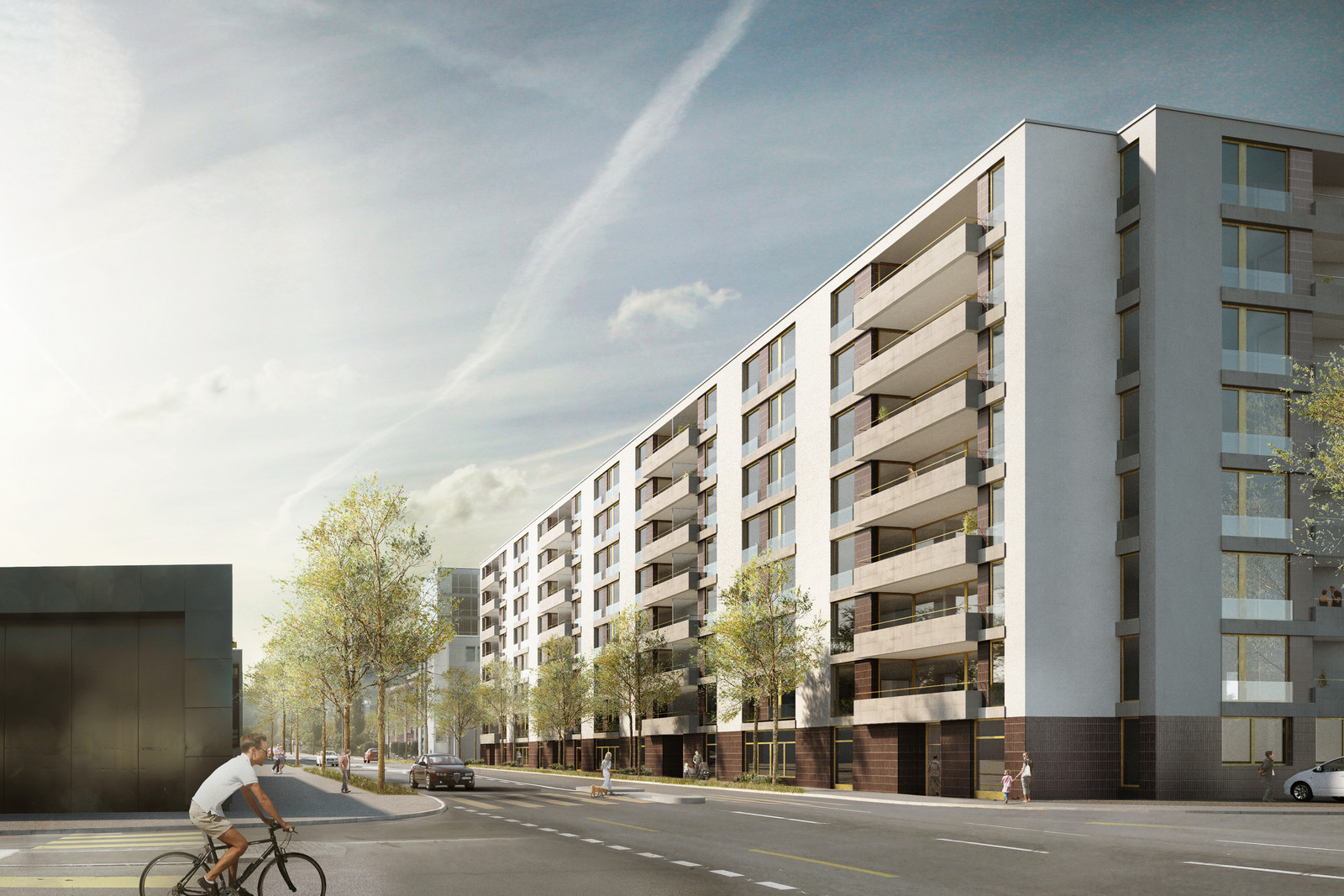 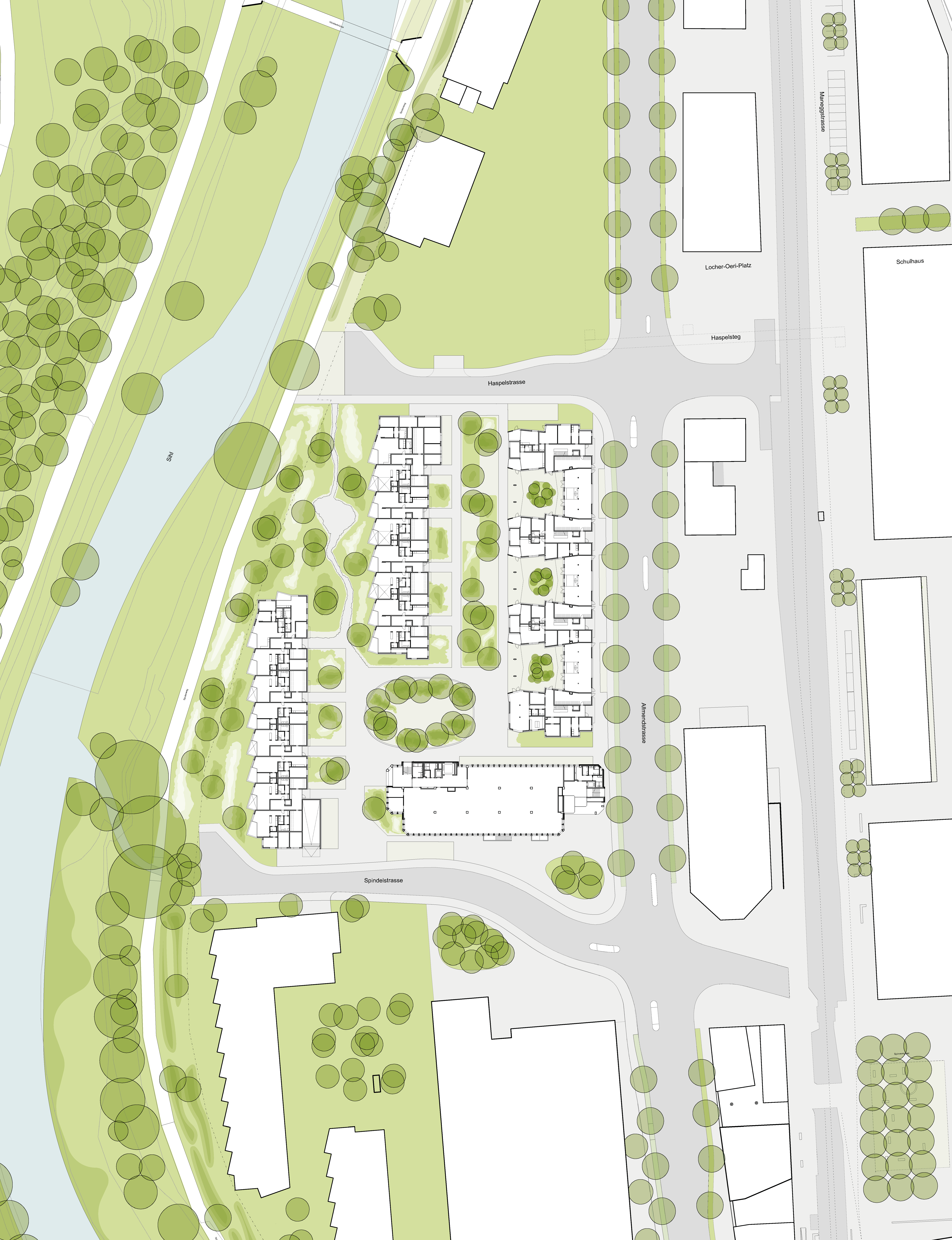 Milestone in development of new Manegg quarter in Zurich-Wollishofen

Steiner AG has overseen a two-stage design competition, with eight invited architect teams, for the Manegg Centre development in Zurich-Wollishofen. The judging panel, chaired by Peter Ess, recommended the "silberpappel" scheme, submitted by architectural practice neff neumann Architekten in partnership with landscape architect Schmid Landschaftsarchitekten, for further development. All entries of the eight architect teams will be on public display from 31 March to 2 April 2016.

The Zurich-based housing cooperative Baugenossenschaft des Eidgenössischen Personals (BEP) acquired the GDZ AG property – one of the three plots making up the Manegg Centre ("Manegg Mitte") site in Zurich-Wollishofen – in December 2014. The site, with a total area of around 16,000 m2, is earmarked for construction of a new mixed-use quarter. The development and implementation of this innovative project is the subject of an agreement signed between BEP and Steiner AG. The scheme embraces around 100 new cooperative apartments and ground-floor commercial units for BEP, alteration and vertical extension of the existing GDZ property, and some 150 condominium apartments to be developed by Steiner AG. Planning regulations allow a total gross floor area of around 38,000 m2 and a maximum building height of 25 m. Given its high-quality architecture and attractive landscaping concept, the Manegg Centre development has the potential to become a popular living and working location in the south of Zurich.

Demanding competition procedure
Development partners BEP and Steiner AG launched the two-stage design competition in the summer of 2015. Eight architectural practices, each supported by a landscape architect of its choice, were invited to take part in the anonymous contest. The main challenge consisted in achieving the high density permitted in the Manegg development area while accommodating all other specified conditions and requirements. After the first stage, the judging panel chaired by Peter Ess, former head of the City of Zurich Buildings Department, came to the conclusion that none of the schemes offered a satisfactory response to the competition brief. Instead of terminating the competition procedure, however, the panel decided to invite three of the architect teams to rework their proposals.

First-rate architecture as the outcome
At the end of the second competition stage, the judging panel recommended further development of the "silberpappel" scheme submitted by neff neumann Architekten in partnership with Schmid Landschaftsarchitekten, both based in Zurich. In the panel's opinion, this design team delivered the best solution to the complex tasks posed by the competition brief while still meeting the specified quality requirements. The next step will involve refinement of the neff neumann Architekten scheme as the basis for the associated site masterplan and statutory planning procedure. The project is scheduled to go on site in 2019 and the first apartments are likely to be ready for occupation in 2021.

At 4.30 p.m. on Thursday, 31 March 2016, judging panel chairman Peter Ess will present the schemes and explain the panel's decision.

Steiner AG
Steiner AG is one of the leading project developers and general / total contractors (GC/TC) in Switzerland, offering comprehensive services in the fields of new construction, refurbishment and real estate development. The company, which was established in 1915, has constructed more than 1200 residential construction projects, 540 commercial properties, 45 hotels and 150 infrastructure facilities such as universities, schools, hospitals, prisons and retirement homes. Steiner AG has its headquarters in Zurich and is represented by branches in Basel, Berne, Geneva, Tolochenaz, Lucerne and St. Gallen.

Baugenossenschaft des eidgenössischen Personals (BEP) housing cooperative
As a non-profit organization, the Baugenossenschaft des eidgenössischen Personals (BEP) offers its members, who come from all sections of the population, some 1,300 affordable and contemporarily designed apartments in the Zurich conurbation. Founded in 1910, the cooperative is not only active in maintaining and refurbishing its existing properties, but also constantly endeavours to expand its portfolio in order to offer homes to even more people in future. BEP also strives to generate lively neighbourhoods and foster a community spirit in keeping with the cooperative idea. www.bep-zuerich.ch 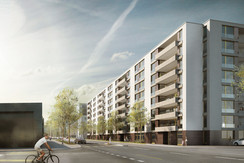