On Tuesday evening, Steiner AG celebrated its centenary in the presence of over 150 guests in the nearly completed PostParc Bern building . The event was attended by Bern's mayor, Alexander Tschäppät, and comedienne Margrit Bornet made sure it was an entertaining evening.

Steiner AG is celebrating its centenary this year, and at yesterday's successful event it took the opportunity to thank its customers. Daniel Ducrey, CEO of Steiner AG, briefly outlined the company's main milestones over the past century: "Carl Steiner could probably never have imagined that his improvised joinery would one day be transformed into one of Switzerland's biggest real estate developers and one of its leading general and total contractors." In the course of the evening, Ivo Langenick, head of Steiner's Central Region, presented the PostParc construction project: "It gives me particular pleasure to be able to celebrate Steiner's centenary here at PostParc, which is a flagship project for Steiner in this region and we are pleased to realize this building for the Swiss Post". Guests were then given an impression of the project's size and importance.

Prestige projects a recipe for success
Company founder Carl Steiner launched the business with a small joinery in Oerlikon, subsequently enlarging his firm so that it would ultimately become one of Switzerland's leading real estate developers and total/general (design-and-build) contractors. The road to success wasn't always an easy one. At the end of the 1960s, Steiner became a top player in the sector by constructing the Swissair headquarters, an ultra-modern building for its time. In 1971 the company ventured into the federal capital, where it was to pass two further milestones: construction of the Radio Schweiz AG high-rise and the office building for Aare-Birs AG on Schwarztorstrasse. Today Steiner is still on a solid growth trajectory. Thanks to prestige projects such as construction of the SkyKeys and Prime Tower in Zurich, the Maison de la Paix in Geneva and PostParc in Bern, Steiner is back among the leaders in the construction sector.

PostParc: the new post office urban service center at the central station in Bern
With total investment costs of more than 200 million Swiss francs and a construction period lasting five years, PostParc is a very special project for Steiner. This major building site is immediately adjacent to Bern's main railway station. Owing to its exposed location, countless interfaces to adjoining structures have to be taken into account. It took over a year just to clear the site, which was itself a major undertaking: up to 80,000 people had to pass the site every day. Meanwhile, SBB trains were constantly arriving at or departing from twelve rail tracks under the construction site. The completed complex will extend for some 180 metres along two bridges: Schanzenbrücke and Postbrücke. The two new buildings and the completely refurbished high-rise comprise 30,000m2 of office space and 10,000m2 of commercial floorspace. Official handover to the owner PostFInance AG is scheduled for the end of January 2016. 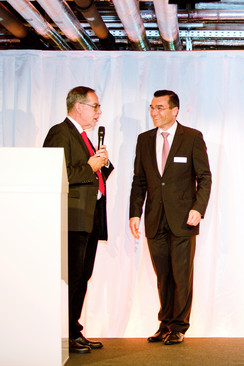 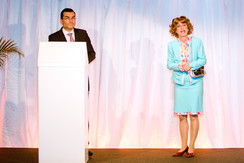 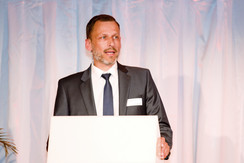